On Sunday, February 13, 2022 at 12:22 p.m., Gallatin County Sheriff Search and Rescue in West Yellowstone responded to an area 10 miles south of West Yellowstone known as South Plateau for an individual who had suffered a broken leg while snowmobiling.

As SAR Volunteers responded to the scene via snowmobile, an Air Methods helicopter was also dispatched due to the severity of the reported injury.

Volunteers made contact with the patient just as the Air Methods helicopter arrived on scene. The patient was quickly packaged and loaded onto the helicopter then transported to the Eastern Idaho Regional Medical Center for treatment.

Sheriff Dan Springer would like to commend the Good Samaritans who assisted in keeping the injured snowmobiler safe and warm while awaiting emergency responders. 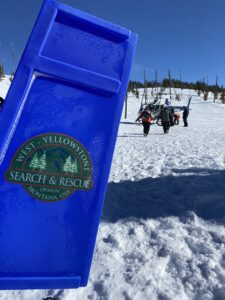 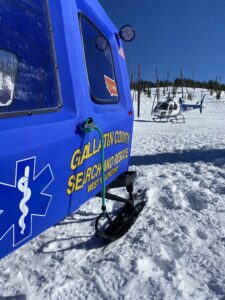 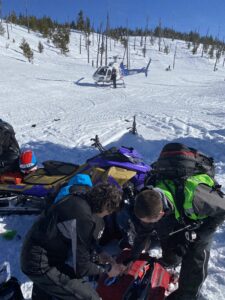