On Saturday, February 26, 2022 at 10:00 a.m., Gallatin County Sheriff Search and Rescue in West Yellowstone responded to the South Plateau trail 2.73 south of West Yellowstone. A snowmobiler and passenger were reported to have had sustained pelvic injuries and possible broken ribs after colliding with a tree.

Sheriff Dan Springer would like to remind snowmobilers to be especially cautious when carrying a passenger. Make sure the snowmobile you plan to use is designed and equipped to carry two people. Stay with your group and make sure you always carry an emergency kit with you. 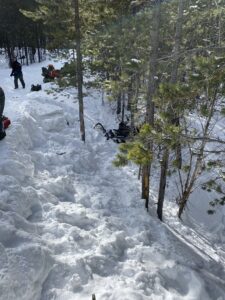 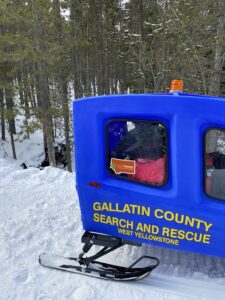 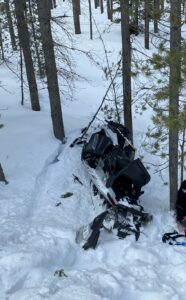