On January 24, 2023, at 11:10 am, the West Yellowstone Police Department dispatch center received a call for an injured snowmobiler on the Madison Arm Trail, five miles north of town.  The snowmobile accidentally left the trail and struck a tree.  The patient was complaining of chest and back pain.

Gallatin County Sheriff Search and Rescue from the West Yellowstone Section and Hebgen Basin Rural Fire District personnel responded to the scene by snowmobile with a specialized rescue sled.  The patient was assessed on scene before being transported off the trail to an awaiting ambulance.  The patient was then transported by ambulance to Madison Memorial Hospital in Rexburg, ID for continued care and evaluation.

Sheriff Dan Springer would like to thank the large group of snowmobilers who stopped on the trail and assisted the injured individual with warming blankets and protected the sharp corner of the trail from other snowmobilers potentially crashing into the scene. 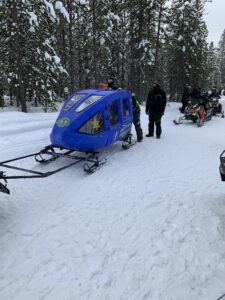 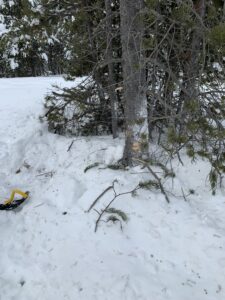 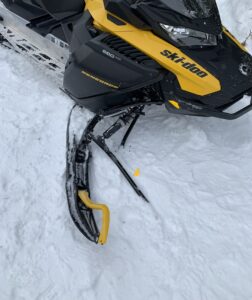